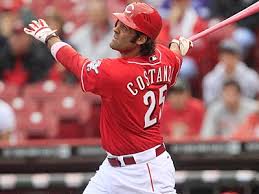 “I wanted to come in because I feel I’m really close to making it. I mean I know I can do it but I’ve been having some doubts lately. I ask myself sometimes if I’ll ever make the big leagues. I also want to do a couple more zone recordings.”

Mike detailed how, while he was struggling in Triple-A the previous summer, he was able to remain positive and continue to believe in himself. I validated this accomplishment by commenting, “It’s not possible to be successful all the time, but an athlete’s mental approach can be consistently at a very high level. Your ability to be strong mentally, specifically by being self- supportive, is a huge strength of yours.”

Mike was certainly demonstrating an elite level of confidence and extreme self-support. This allowed him to have an unwavering expectation of making the majors.

The sessions in January and February of 2012 continued to magnify the technique of Future Memories of Success. Even though Mike believed in his ability, it’s human nature to have doubts. At 28, he was concerned that he could be considered past his prime if he didn’t break through and make the major league roster in the upcoming season.

Future memories were explored by experiencing the sights, sounds and feelings of playing at a peak level. Eyes open and eyes closed zone exercises were facilitated for Mike and two more zone recordings were made (one 8 minutes long, the other 12 minutes long).

As he sat in his familiar spot on the sofa across from me during our second session in January of 2012, I guided him to close his eyes and take five very slow, very deep breaths. As he created a rhythm of breathing comfortably I said the following:

“Mike you can trust yourself to really enjoy exploring all that you will experience and achieve this spring training, this season. But first, for about 30 seconds, you can transport yourself back to the on-deck circle, playing as a Cat, as well as a Bat. Feel the power, the focus, and the calm of anticipating success.

Now transport those experiences forward in time, floating forward into future memories of success and flow. That’s right. Experiencing yourself in the on-deck circle, zoning in, smiling, knowing, really knowing that you are going to hit the ball hard. See it. Feel it. Be there now . . .

Allow this experience of stepping into the sensations: the tunnel vison of the ball bursting out of the pitcher’s hand; the soundtrack of hitting a home run; the feeling of the summer breeze flowing through you all the time, any time . . . because this future time is your time. Feel it now. All the time.”

Mike left this session, as he did each time we met, with a powerfully calm energy and confidence about his future goals. In our final session in February of 2012, I simply said to him as he left the office, “Have fun, this is your time.”

Mike was assigned back to Double-A ball after spring training camp broke in March of 2012. He was now a member of the Reds new affiliate, the Pensacola Blue Wahoos, because of the sale of the Carolina Mudcats.

Mike lasted two weeks with the Wahoos. Stepping immediately into his peak performance zone, he was certifiably on fire the first 11 games of the season. His .333 batting average, bolstered by 3 home runs and 13 runs batted in triggered his promotion back to the Triple-A Louisville Bats.

Mike gladly reported to the Bats, now one step closer to achieving his goal. Playing consistently well through the second week of May, Mike settled into the grind of playing games every day. He did so with a flow and a confidence that followed him from Pensacola.

When Rolen suffered a shoulder injury in early May, the Reds needed to fill his roster spot when he was placed on the disabled list.

A Louisville Bat to a Pink Bat

Mike Costanzo was called up to the big leagues on May 12, 2012. His first game in uniform with the Reds was on May 13, which happened to fall on Mother’s Day.

“I was really pumped because my family was in the stadium. My mom and dad, Melissa (wife) and Ashley (sister) were all there. My son Michael actually got to see my first game in the big leagues . . . unbelievable. The game was scheduled to start at 1 p.m. but it was raining and the first pitch wasn’t thrown until after 4 p.m. It was cool to soak it all in during the delay.”

With both teams using pink bats to symbolize the fight against breast cancer and honor Mothers everywhere, Mike had the best seat in the house for the first 4 ½ innings of his first major league game, the Reds dugout.

In the bottom of the fifth, with the Reds up to bat and trailing 4-2, they had a runner on third base. Starting pitcher Bronson Arroyo was called back from the on-deck circle for a pinch hitter.

Mike’s view was about to get significantly better. “I knew Jackson was throwing gas so I just wanted to make contact and score Ryan from third.”

With Ryan Hanigan taking his lead off of third base, Mike settled into his stance and waited for the first offering from Washington Nationals pitcher Edwin Jackson. Swinging at the first pitch, Mike made solid contact and hit the 95 mile per hour fastball to deep left field. The sacrifice fly was successful as Hanigan scored easily from third base.

As Joey Votto, The National League’s MVP in 2010, capped off his three home run performance with a grand slam in the ninth inning, the Cincinnati Reds defeated the Washington Nationals, 9-6.

Mike Costanzo was officially undefeated as a major leaguer.

Ten years after being named to the freshman all-American team as a designated hitter (DH) for Coastal Carolina University, Mike found himself in the Cincinnati Reds starting lineup as their designated hitter.

“I was starting at DH in Yankee Stadium. It was a completely packed house. Really an awesome experience.”

Mike struck out his first two plate appearances at the hands of Yankee starter, Ivan Nova. “I just wanted to stay in the game,” he told me. “I felt good at the plate and wanted another chance.”

With the Reds leading 5-3 in the top of the sixth inning, Mike made the most of his third plate appearance against Nova. With one out and the bases empty he roped a hard line drive to left field for his first major league hit.

“The hit was great for me. I had achieved a lifelong goal. But what was really amazing was standing on first base and watching Derek Jeter call timeout. He knew it was my first big league hit so he called time, turned to our dugout and threw the ball in so I would have it. I’ll never forget that.”

Mike is also credited with the game winning RBI in his first career major league start. His sacrifice fly to center field plated the Reds 6th run to make the score 6-3. The Yankees scored single runs in the eighth and ninth innings to make the final score 6-5, making Mike’s sac fly the difference maker.

There’s nothing like future memories making their way to the present . . . 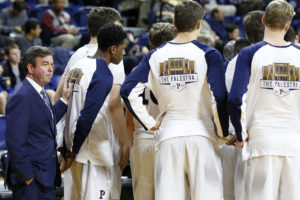 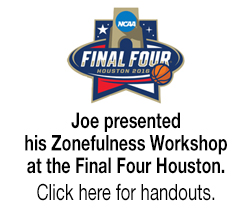